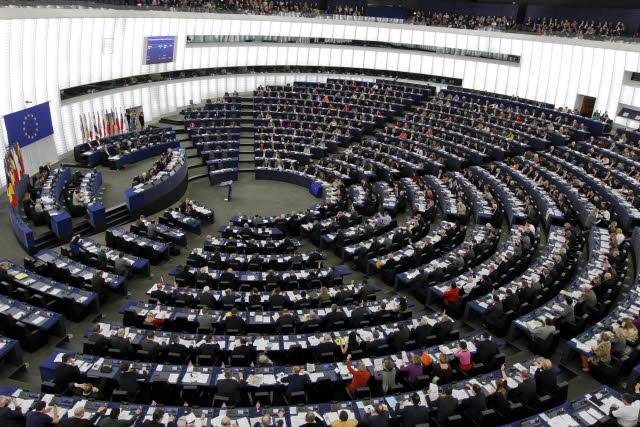 Plans to prolong a 10% increase in the EU contribution towards project costs in Greece until 30 June of the year following the end of its economic adjustment programme were approved by Regional Development Committee MEPs on Tuesday. MEPs also approved a special provision whereby the EU would pay up to 85% of project costs in Cyprus until the current programming period ends in 2020.

“The purpose of the legislative proposal voted today is to help those member states most affected by the financial and economic crisis to continue implementing the programmes on the ground”, said the rapporteur and Regional Development Committee chair Iskra Mihaylova (ALDE, BG). The legislative resolution was approved by 31 votes with 3 abstentions.

Prolonging top-ups for countries with an economic adjustment programme

“Top-ups” in EU contributions, on top of the EU’s usual “co-financing” share (EU member states themselves pay the rest) were first introduced in 2010. In the 2007-2013 funding period, eligibility for top ups ended on the day when a member state stopped receiving financial assistance under the economic adjustment programme. For 2014-2020, the eligibility period was aligned with the accounting year, which currently runs from 1 July to 30 June.

MEPs agreed that programme member states should continue to be eligible for top ups until 30 June of the year following the calendar year in which they cease receiving financial assistance under an economic adjustment programme. Greece is the only EU country currently under a financial assistance programme, which is due to end in August 2018.

MEPs voted in favour of extending the period of eligibility for Cyprus for the increased EU co-financing rate of 85% until the closure of the 2014-2020 programmes.

Cyprus has the status of a “more developed region” in the current EU cohesion policy and would normally receive 50% co-financing for projects under the European Regional Development Fund and European Social Fund programmes. But given that Cyprus has been experiencing economic hardship and declining investment over a long period, it was granted a higher co-financing rate of 85% between 1 January 2014 and 30 June 2017.

The legislative resolution will be put to the plenary vote in October II. The Council agreed on 21 September to adopt the Commission proposal without amendments.

Article 24 of the Common Provisions Regulation CPR allows the Commission to make increased payments under ESIF programmes – so called “top-ups” – to countries which are experiencing economic difficulties. At the request of a Member State, interim payments may be increased by 10 percentage points above the co-financing rate applicable to each priority for the European Regional Development Fund (ERDF), European Social Fund (ESF) and the Cohesion Fund or to each measure for the European Agricultural Fund for Rural Development (EAFRD) and the European Maritime and Fisheries Fund (EMFF). The “top-up” does not change the overall European Structural and Investment Fund allocations in 2014-2020.