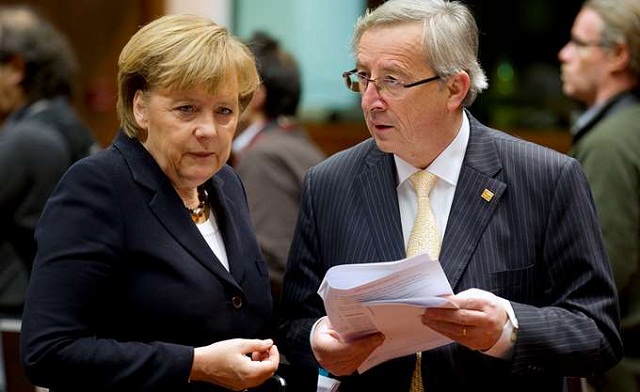 German Chancellor Angela Markel and European Commission President Jean-Claude Juncker pledged to offer assistance for the asylum services and with Frontex at the Greek-Turkish and Greek-Bulgarian borders during a quadrilateral meeting with Prime Minister Alexis Tsipras and Bulgaria’s premier Boyko Borisov in Brussels on Friday.

According to information, Tsipras asked for support and closer cooperation for the better implementation of the EU-Turkey deal and migration. He also briefed them about the visit of Turkish President Recep Tayyip Erdogan to Greece, expressed his satisfaction for the support of Greece’s positions by the EU, Germany and Bulgaria and called on this stance to continue.