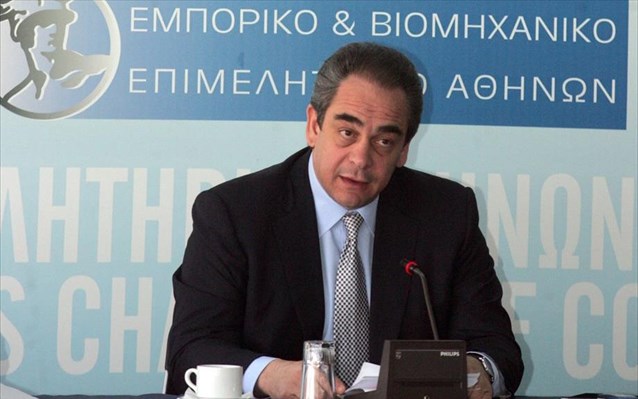 Talking about elections at a time when Greece was entering a phase of recovery does no service to the economy, the head of the Union of Hellenic Chambers of Commerce and president of the Athens Chamber of Commerce and Industry (ACCI) Constantine Michalos noted in an interview with the Athens-Macedonian News Agency (ANA) on Sunday.

The business world wanted political stability, he said, which was fundamental for the smooth operation of the market, while avoiding early elections was a long-standing demand.

“It is proven, in any case, that pre-election periods derail the country’s economy and normally have side-effects on the normal operation of the market. While there are cases when an early resort to the polls seems unavoidable, these are set out in the constitution of the country,” he said.

According to Michalos, the business world urges the political parties, whether in power or in the opposition, to rise to the occasion and support economic growth, as well as social cohesion, through proposals and actions “rather than demands arising from petty political expediency.”

The requirements for achieving this, according to the chamber chief, were to restore the normal functioning of Greece’s banking system, revive investments and formulate a clear national plan for growth, with a stable and competitive taxation system and a viable social insurance system – but not elections.

“It is on these issues that the political world must turn its attention and strive, with wisdom and cooperation, to find a common ground on how to restore the economy,” Michalos said.

The economic figures indicated that Greece’s economy was beginning to stabilise, Michalos noted, but stressed that reforms must continue after the country exits the programme in August.

“If we are to achieve growth rates of 3-4 pct of GDP, the necessary reforms must continue, both in terms of simplifying procedures and the daily operation of enterprises…When there are rules in the game and every investor knows what’s what, if the comparative advantage is maintained relative to neighbouring countries, at least, I consider that this trend will continue up to 2021-22 and even beyond,” he said.

Attracting the 42 billion euros in annual investments that were required for this until 2022 made political and economic stability imperative, Michalos added.

He highlighted the need to lower taxes, pointing out that a strategy of overtaxation had not brought results, as well as the need to boost bank liquidity.

Michalos said that Greece still faced five major challenges, among which were high unemployment, high public debt, the high percentages of non-performing loans in bank portfolios, the need to attract investments and ensuring that the country can tap the markets on sustainable terms once it exits the current programme.

Reforms must therefore continue, he concluded, with priority to lowering taxation and social insurance contributions, combined with benefits to combat extreme poverty.