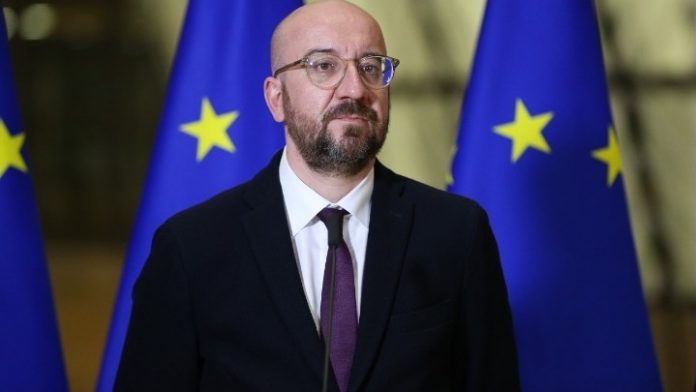 European Council President Charles Michel proposed that the situation in the East Mediterranean be discussed during a special Council meeting on September 24-25, in a letter on Monday.

In a brief letter to the European Council members ahead of their video conference on August 19 on Belarus, Michel said:

“Our foreign ministers discussed developments in Belarus and the Eastern Mediterranean last Friday. Since then, the situation in Belarus has continued to evolve, and I have therefore decided to call a video conference on Wednesday at noon to address this issue.

“What we have witnessed in Belarus is not acceptable. The 9 August elections were neither free nor fair. The subsequent violence against peaceful protesters was shocking and has to be condemned. Those responsible must be held to account. The EU has started work on sanctions.

“The people of Belarus have the right to determine their own future. To allow for this, violence has to stop and a peaceful and inclusive dialogue has to be launched. The leadership of Belarus must reflect the will of the people. There should be no
outside interference.

“Based on these principles, we will discuss how best to respond to the evolving situation in Belarus.

“As for the other main topic discussed by our foreign ministers, the situation in the Eastern Mediterranean, I propose that we allow time for thorough preparation and come back to the topic during a special European Council on 24-25 September 2020.”