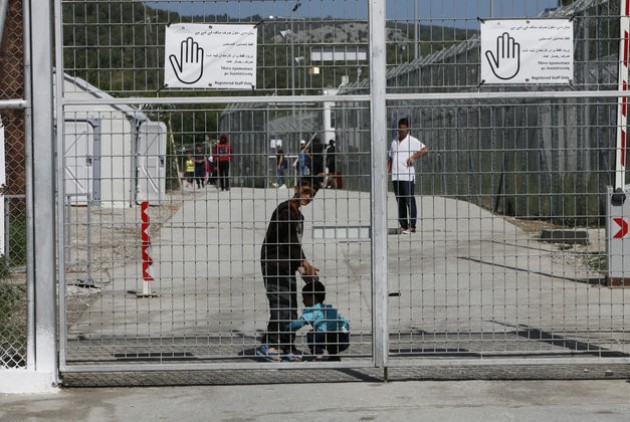 State and local authorities continued the transfer of migrants and refugees from Lesvos (Mytilini) to other locations in Greece on Thursday, to relieve overcrowding in the island’s hotspot, Moria.
Over 5,500 migrants are crowded into facilities meant for 2,500.

Nearly 300 individuals have been transferred from Moria to other centers in Greece in the past few days, while another 1,500 will be transferred off the island by the end of October. The latter transfer was decided during the visit to the island of Migration Secretaries General Miltiadis Klapas and Andreas Gougoulis.

The total number of migrants waiting on Lesvos for a decision on their refugee status applications at present comes to 7,500 individuals, a record number of people following the European Union-Turkey agreement of March 2016.

Moria itself is so crowded that tents have been set up outside the perimeter of the hotspot. The Asylum Service, which uses a large part of the center, is expected to vacate the premises and move to another building off-site. Their move will free up enough space for another 500 people.

On Thursday, about 120 migrants arrived at the shores of Lesvos, while another 150 set foot on Inousses island, near Chios. Overall, 2,263 individuals arrived in the North Aegean in the month of Octrober. Broken down per island, they are as follows: 1,348 on Lesvos, 722 on Chios, and 193 on Samos.