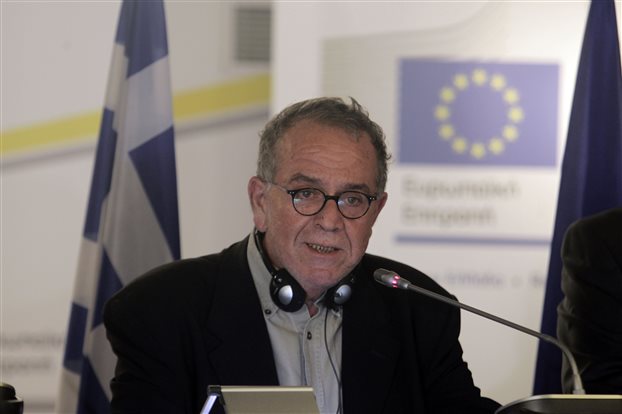 The government’s efforts to improve conditions at the refugee and migrant camps on the islands were “long overdue,” Migration Policy Minister Yiannis Mouzalas admitted in statements to the Athens-Macedonian News Agency (ANA) on Wednesday. The minister, who has been on the island of Lesvos since Tuesday to oversee the work at the migrant centres, expressed hope that the deaths of three migrants in the Moria hotspot last week “will make us all wiser”.

“One could ask, and it would be a fair question, why these efforts are happening now and not 20 days earlier. The reply that I can give is that 20 days ago we met with great refusal to use other spaces to decongest this place and begin the work. As you can see, we need machinery and people. This capability is given now,” he said. Mouzalas appealed once again for a greater capability to temporarily move people, so as to improve conditions further.

“The question remains whether we delayed and why we delayed. Practically, we delayed; but we raised the issue of transferring people in order to begin work in September…We were not able to begin work because until the snows and immediately afterward, we were not given space so that we could empty Moria so we were able to work,” he explained.

As migrants moved in to the new winterised housing units set up by the International Rescue Committee (IRC) in Moria, Mouzalas thanked the director of the municipality-run Kara Tepe camp for helping decongest Moria so work could take place.

“It is a very difficult project but I think we will succeed,” he said. The minister also referred to the prospects for decongesting the islands of migrants, revealing that 700 people had been transferred to the mainland over the past month without disrupting the EU-Turkey Statement.

“This is good for the island and good for those people but we cannot carry out transfers that jeopardise this agreement,” he added.

Accompanying Mouzalas in Moria was UNHCR representative Philippe Leclerc, who said that it was important to ensure that the people currently in Moria do not suffer more than they have already suffered.

“All effort has been made to support the government, the municipality, to transfer people out of Moria to begin work,” he said, noting that similar efforts were taking place on other islands as well. Asked about the delays in winterising the camps on the islands, Leclerc said that it had been impossible to predict the severe cold weather experience by the island, since nothing similar had happened in its recent history.

“Now we are all working very quickly, all the organisations, in close cooperation with the government,” he added.