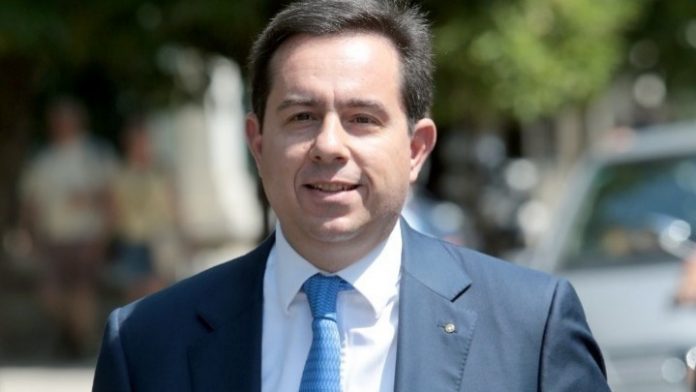 Migration & Asylum Minister Notis Mitarachi will attend the EU Home Affairs Council meeting to be held in Luxemburg on Tuesday, the ministry said on Monday.

The European ministers will discuss progress in talks about the new EU Migration & Asylum Pact, the Schengen strategy and migration flows.

Mitarachi will then travel to Bratislava and Vienna on June 10-11. At Bratislava, he will meet with his Slovak counterpart Roman Mikulec, to focus on negotiations on the EU’s Migration & Asylum Pact.

Finally, at Vienna, Mitarachi and Greek Minister for Civil Protection Michalis Chrysochoidis will attend a special event organized by the Austrian Interior Ministry, in honor of the police tactical unit “EKO COBRA” of the Austrian Ministry of the Interior, which was sent to the Greek-Turkish border at Evros, northern Greece, in March-April 2020, where it assisted in events there during that time.