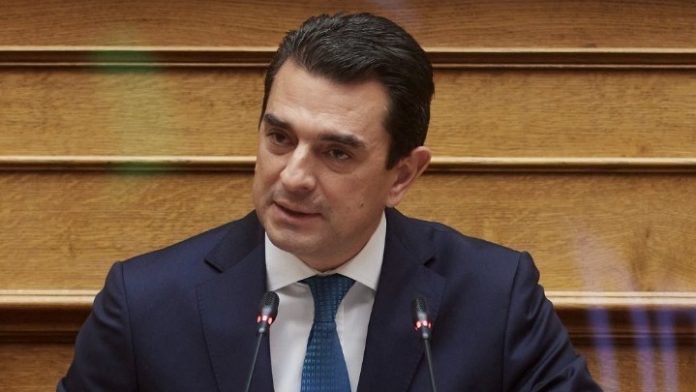 The Energy Regulatory Authority must revoke the licenses for wind turbines it has approved for Istiea, in fire-devastated northern Evia, Environment & Energy Minsiter Kostas Skrekas demanded in a letter on Monday.

In a letter to the authority’s president, Athanassios Dagoumas, the minister expressed his surprise at the decision, stressing that the government had “explicitly promised that it will not intervene in fire-devasted areas until the restitution committee submits its plans.”

“Instead,” he said, “I was informed to my surprise that the Energy Regulatory Authority granted a permit for 13 wind turbines on Mt. Telethrio in the Istiea-Edipsos Municipality, for 25-year use,” and called on its president to revoke the decision for any permits and refrain from issuing new ones.

The committee he referred to is headed by former Kalamata mayor Stavros Benos, who is tasked with producing a comprehensive plan for economic and environmental revival of Evia.