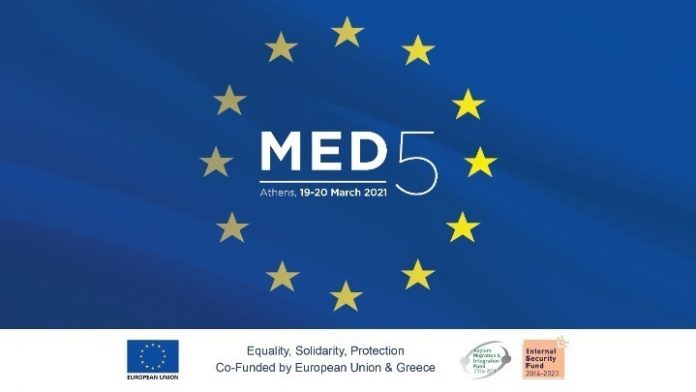 conference of the Interior and Migration Ministers of the five Mediterranean frontline countries of the EU (Cyprus, Greece, Italy, Malta and Spain) will be held on March 19 and 20 in Athens, it was announced on Wednesday.

The initiative is Greece’s and will include the participation of EU Vice President Margharitis Schinas and Greek Prime Minister Kyriakos Mitsotakis.

Migration Minister Notis Mitarachi said the aim of the conference is “the further formation of the common views and proposals of the five participating countries, as well as their systematic promotion to the ongoing dialogue in EU on the new European Agreement for Migration and Asylum”.

Migration and Asylum Minister Notis Mitarachi asked for ‘basic improvements’ in terms of the initial EU proposals on the new EU agreement on Migration and Asylum adding that there are “many pending questions from the state members to the European Commission that must be clarified”.