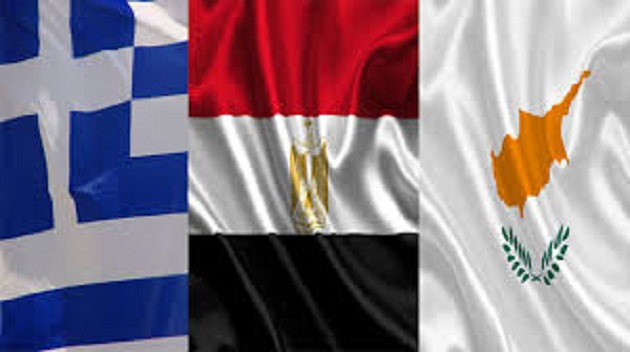 The first trilateral meeting of Greece, Cyprus and Egypt on issues of the Greek diaspora will take place in Cairo on Monday, Deputy Minister of State for Coordinating Government Operations Terens Quick said, hailing the Greek-initiated meeting that was finalised on Friday.

“I am especially happy for this development, which was finalised today by telephone with my Cypriot counterpart (commissioner to the presidency of Cyprus for humanitarian and overseas affairs) Photis Photiou and my counterpart in Egypt, (Minister of Immigration and Expatriate Affairs) Nabila Makram, who invited us to Cairo on Monday,” Quick said in an interview to ANA-MPA.

The three ministers met recently in New York on the sidelines of the General Assembly meeting at the United Nations headquarters. Their meeting on Monday will pave the way for the first trilateral summit meeting to be held in Nicosia on November 21.

Quick will meet with Photiou on two other trilateral collaborations, one involving Israel and another Armenia, and they will then both depart for Cairo.

Following the meeting with Makram in Egypt, all three ministers will meet consecutively with Greek Orthodox Patriarch Theodore II of Alexandria and All Africa and the managing directors of the Greek communities in Egypt and Alexandria.