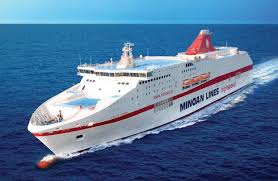 Consolidated results were positive despite a significant increase in international fuel prices. EBITDA amounted to 19.5 million euros in the nine-month period, while consolidated equity capital was 287.6 million euros, or 2.69 euros per share. Minoan Lines said its bank borrowing was 148.2 million euros at the end of September.