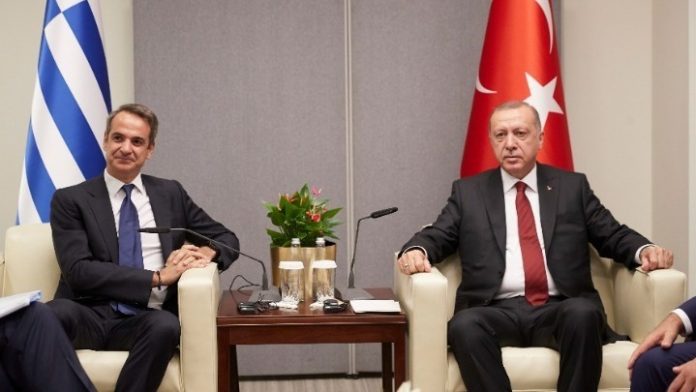 During the half-hour talk, which sources said was cordial, the two leaders discussed the situation in Afghanistan and the refugee pressure that may ensue, a challenge that would impact both Greece and Turkey. Both leaders agreed that the neighboring countries must be supported, so that Afghanis remain as close to their homeground as possible.

Mitsotakis and Erdogan also discussed the climate change, on the occasion of the multiple fires that burned in Greece and Turkey recently, a weather challenge that all Mediterranean countries face.