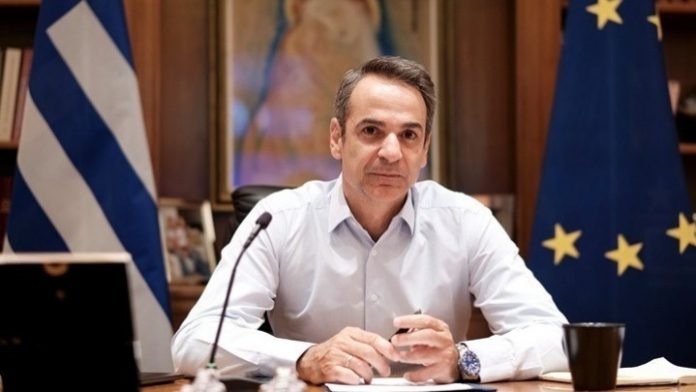 “We faced an unprecedented heatwave. For approximately 10 days we had temperatures exceeding 43C, getting close to 45 degrees Celsius. We haven’t had such a bad heatwave for many, many decades,” Prime Minister Kyriakos Mitsotakis said in an interview with CNN.

“And we had to deal with almost 600 fires that broke out over the span of a week. We did manage to put out almost all of them but unfortunately a few of them got very big, so at some point we had to deal with four megafires simultaneously,” he added.

The Greek Prime Minister underlined that the government did the best it could. “We evacuated tens of thousands of people. Fortunately we managed to protect human lives, we only had one loss of human life, so our Civil Protection in that respect did a great job. But of course we are faced with a big environmental catastrophe, a significant number of forests have been destroyed.”

“And I am afraid that this is going to be the reality that areas such as the Mediterranean will be facing from now on. This was not just a Greek problem,” he said referring to the fires in Sicily, in Algeria, in Turkey. “This is the climate crisis striking here and now. And it’s really time for all of us to get very serious about what we should do about it,” he noted.
“Europe is at the forefront of tackling climate change. As you know, we have set a very ambitious target to bring down greenhouse gases by 55 pct by 2030, and the goal is to become climate neutral by 2050. So these are very ambitious targets,” he stressed adding that the good thing is that now we also have the financial instruments to support these types of policies.

“Of course we need the people on board. And I can tell you that Greece was at the forefront of decarbonizing even before this crisis struck. Back in 2019 I announced that within a relatively short timeframe we would shut down all our coal-fired, in our case lignite-fired, electricity plants. And we have worked very hard, with the local communities, to ensure that we can make this transition work for them and that we will actually create more jobs than the jobs that will be lost,” he said.