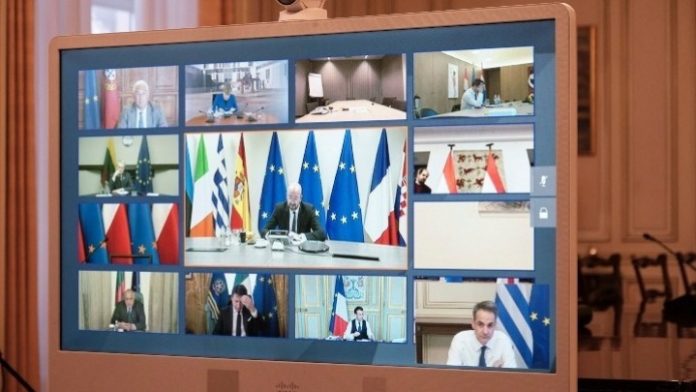 Prime Minister Kyriakos Mitsotakis participating in the European leaders’ teleconference chaired by European Council President, Charles Michel, gave emphasis on two issues: greater coordination at European level such as closure of the European Union’s external borders and the supply of sanitary ware (such as respirators, masks etc.), which will be distributed among the member states.

The prime minister also stressed, following Eurogroup decisions, that the EU should take bolder initiatives to stimulate the economy and allow flexibility in the transfer of funds from the structural funds to the real economy.