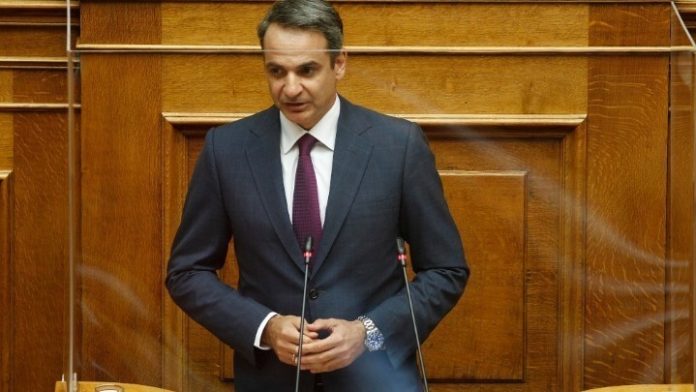 Prime Minister Kyriakos Mitsotakis on Tuesday called on all the parties in Parliament to ratify the agreement for the construction of the E-65 national highway in Central Greece, which will link the area with the Egnatia Highway.

Speaking in parliament during the debate on the ratification of the agreement, he noted that “great projects do not belong to governments but the Greek people” and said it will bring growth and jobs for all. He pointed out that the specific project was put to tender under the government of Antonis Samaras, while some parts of it were completed by the SYRIZA government, adding that his own “hopes to make the good, better.”

According to Mitsotakis, the E-65 will “dynamically unite the country” and will coincide with the ECOFIN’s approval of the ‘Greece 2.0’ recovery plan. He said the present government had managed to overcome the gap in financing and obtain approval from the EU Competition Commission, while the project will create 1,000 jobs in Thessaly during construction and 150 once completed.

“The new road will link Volos with Igoumenitsa, two very important transit ports of Central Greece and Epirus. It will link major tourist attractions of the surrounding area…it will be a green road that leads to the future and leads Thessaly to a green transition,” he said.

The government also expected EU approval very soon for the Patras-Pyrgos road in order to “eliminate the black hole in the road network of the Peloponnese”, Mitsotakis concluded, saying that a public investment programme approaching 13 billion euros was currently unfolding, including the Thessaloniki metro that was “in the final stretch”.