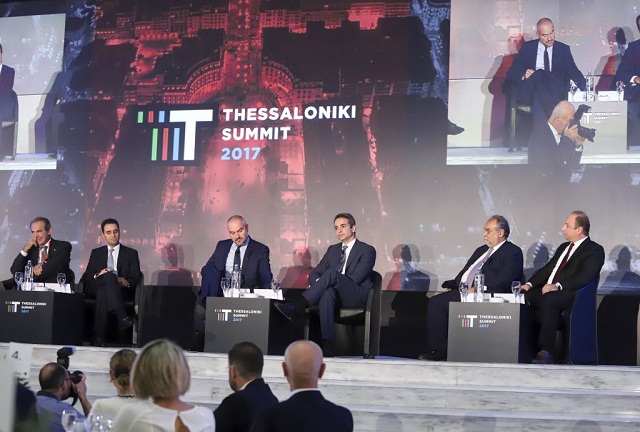 The Greek economy will continue to lag behind unless a new government comes to power that will implement a program, New Democracy leader Kyriakos Mitsotakis said on Thursday during a dinner event at the 2nd Thessaloniki Summit organized by the Federation of Industries of Northern Greece.

“Political change is a necessary condition for a brave flight forward,” he told journalists. “Without a new strong government, with fresh mandate and a clear mandate to implement a program, I’m very afraid that the economy will continue to languish.”

Mitsotakis says the government doesn’t say anything about what will happen after 2018, while ND has a clear program of reforms and added that there cannot be a clear exit from the bailout program in 2018 like the government claims.

“It will be a clear exit in words, but in practice the country will continue to exist in a tight environment,” he said.

He also criticized the government for the delays in the investment in Hellinikon and the problems with the mining activity in Halkidiki.