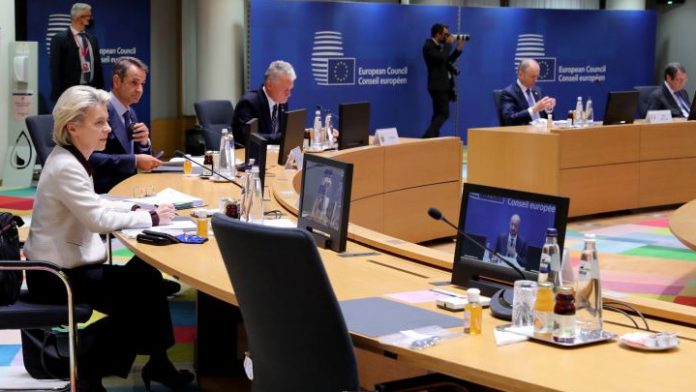 Prime Minister Kyriakos Mitsotakis reiterated his government’s firm position that rejects a two-state solution to the Cyprus issue proposed by Turkey and Turkish Cypriots, during a working dinner of European Council leaders with UN Secretary General Antonio Guterres held in Brussels on Thursday.

In this context, Mitsotakis said, their stance cannot in any way serve as a basis for negotiation, as it contradicts the UN Security Council’s decisions and whatever has been achieved in negotiations. It also contradicts the so-called ‘acquis communautaire’, he stressed.

The Greek premier welcomed the joint statement on Wednesday by the Second Berlin Conference on Libya, which calls for the immediate withdrawal of all foreign troops and mercenaries from the North African country.

PM Mitsotakis: We expect the immediate activation of European Vaccination Certificate from July 1