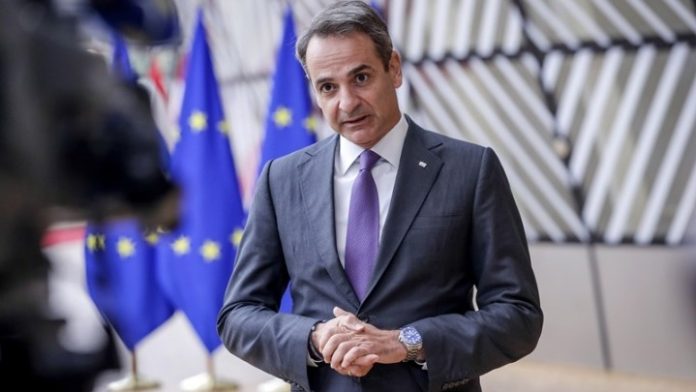 Turkey’s most recent provocative and illegal actions will be discussed at the European Council meeting on Friday, said Prime Minister Kyriakos Mitsotakis in doorstep statements on Thursday, the opening day.

The Greek Premier stressed that “unfortunately Turkey seems to remain consistent in its provocative and aggressive behavior. The same consistency must be shown by the EU as well in implementing the decisions it has already taken.”

He explained that Turkey’s activity in the Eastern Mediterranean was not originally included in the two-day meeting’s agenda, but after a consultation with the president of the European Council, Charles Michel, the issue was added on the list of topics. “The planned agenda was primarily about Brexit and climate change,” he explained, but current events have made imperative the addition of other issues, such as the second wave of the coronavirus pandemic Europe is facing.

Referring to Friday’s session of the European Council, the Greek premier said that he will “have the opportunity to brief (his) colleagues on Turkey’s new provocations against Greece and Cyprus with the recent dispatch of the Oruc Reis within the Greek continental shelf, as well as the unacceptable violation of the UN Security Council’s decisions on Varosha in Cyprus.”

Brown bears are protected in the EU... but that doesn't mean they're always civilised. Clumsy bears can cause damage when they're hungry. This is...