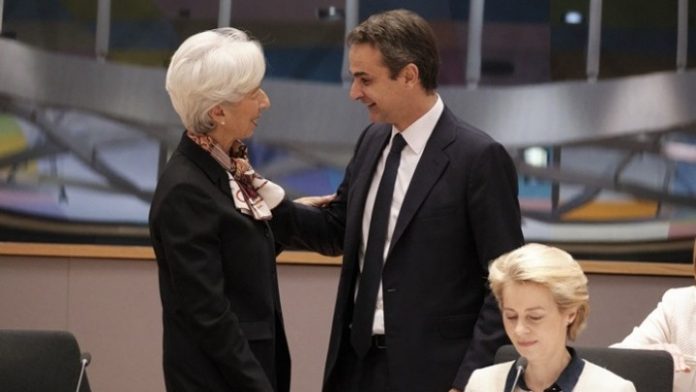 The sources said Lagarde commented that the commitment to reforms was reflected in the multitude of bills adopted to date, and the positive fourth post-surveillance report by the institutions.

“Issues discussed included the successful implementation of Hercules Project towards reducing non-performing loans (NPLs), budgetary targets, Green Growth, as well as removing the restrictions Greek banks have from their exposure to Greek bonds – where there was a positive response,” sources said.