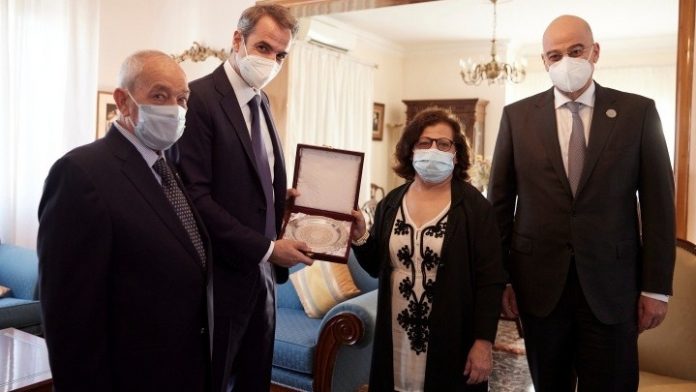 The Greek community in Libya “held the voice of our country alive under difficult conditions, when everything around you was being shaken by a long-term civil war,” Prime Minister Kyriakos Mitsotakis said during the formal reopening of the embassy in Tripoli.

On an official visit to restart diplomatic relations with Libya, Mitsotakis spoke with representatives of the Greek communities of Libya and of what they had to endure in a civil war that destroyed the infrastructure and society of the country.

In a brief address, he underlined Greece’s support “in a difficult and exciting prospect of the country standing up from the ashes of war and healing its wounds.” The Libyan people will find a sincere friend and sincere support from Greece, as well as through the European Union and the United Nations frameworks, he said. “We shall assist in this land’s effort to return to political normalcy and economic prosperity,” he underlined.