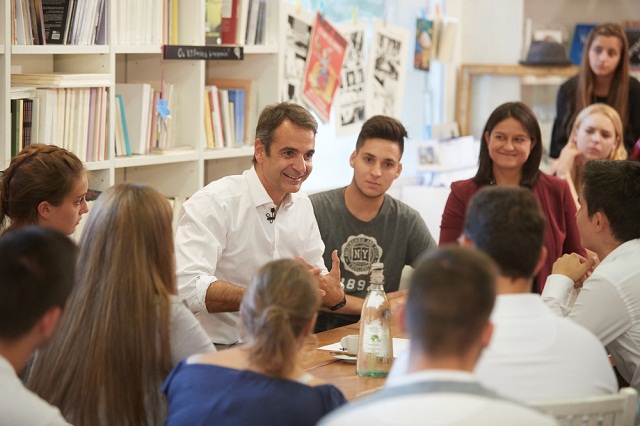 New Democracy leader Kyriakos Mitsotakis said on Tuesday he has full confidence in the abilities of the new generation to progress and form a better society, during a meeting with first-year university students in Athens.

He also expressed his concern for the direction that tertiary education is taking. “We are slowly but steadily settling for an overall standard of living and education that does not suit us and we do not deserve. You do not deserve it,” he said.

“[The university] is losing –after the recent legislative provisions- several points of autonomy. It does not have the ability to do what it wants. It is controlled very strictly by the ministry of education. And it is not connected to the real economy, to the market,” he continued.

Mitsotakis then proposed opening up universities, by allowing them to have more flexibility to form their curriculum, providing internships, supporting research to provide incentives for the creation of startups.