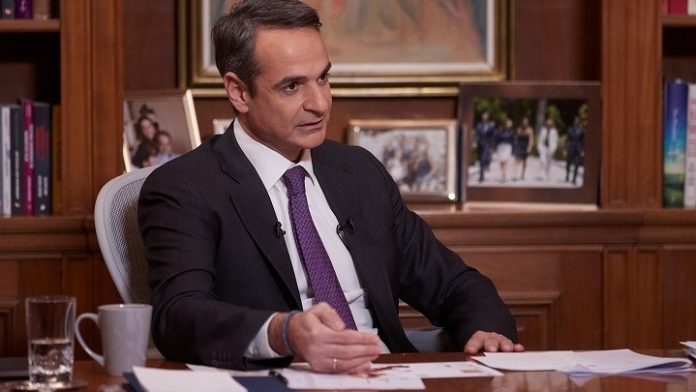 The majority of those aged over 60 will be vaccinated by Greek Orthodox Easter, Prime Minister Kyriakos Mitsotakis said on Wednesday evening, and from April on there will be no problem with the supply of vaccines.

In an interview to Skai TV, Mitsotakis expressed his optimism about Greece’s summer tourism season, explained what happened on Ikaria island incident that the opposition criticized, and expressed confidence about improving relations with Turkey.

“In two months from now, we will be facing the end of this adventure,” he said of the coronavirus pandemic, “and by early May things will be very different and a lot more optimistic.”

Greek people observed the pandemic restrictions to a greater degree than other countries, he stressed, and said he understood people’s fatigue with the measures. The shutdown of schools in Attica was regretful he said, but on the other hand distance teaching was a great success of Greek public administration compared with other countries like Portugal, that did not have that option.

Expressing the hope that it will not be necessary to introduce stricter lockdowns in the future, he noted that Patras is already on lockdown, whereas “Thessaloniki’s case was traumatic, and we don’t want to see it repeated.”

Mitsotakis asserted that Greece does not have a borrowing issue or one of funding its needs. “Fiscal relaxation will continue for two more years at least,” he noted, while he ruled out the idea of an austerity memorandum. He expressed however concern over “how quickly the engines of the economy will be able to restart.”

Speaking about Turkey and the exploratory talks recently restarted, the prime minister said there is “a specific framework, that of the delineation of maritime zones in the Aegean and the East Mediterranean.” He also pointed out that “Greece has good allies, it’s a member of Europe. We belong to Europe and it stands by us, and we know how to defend our rights.”

Despite Turkey’s isolation, “Greece and Turkey are neighbors – I think we must leave a bad 2020 behind us and invest in a more positive agenda,” he added, referring to extensive tensions following Turkish aggression in the past year. Speaking of a recourse to The International Court at The Hague, he said that “when somebody goes to an international court they know they may not be able to achieve the most, but we have to say it because the right is on our side.”

Mitsotakis went into a detailed explanation of TV images showing him and his entourage arriving at a celebration on Ikaria island, an incident he was criticized for by the opposition, particularly after coronavirus measures currently in effect. He said he was at a local celebration briefly, that it was a chance occurrence but that he also realized its effect on the public.

“I fully accept that the picture hurt citizens and was unfair to the essence of the visit” to the island, he said, which was part of scheduled travels to regions with other government officials to review local issues. “This shall not be repeated,” he said.