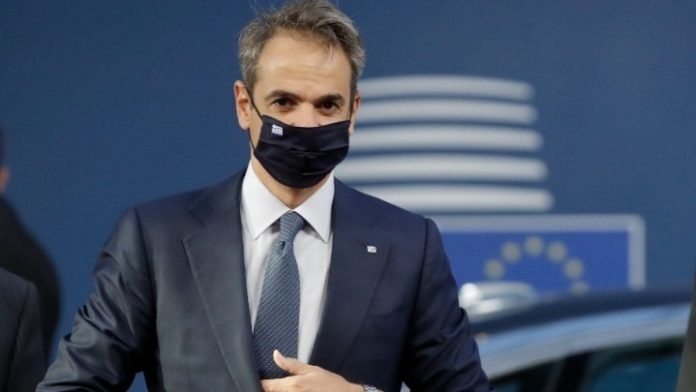 Price hikes in energy costs for consumers are a European problem, therefore it requires a European solution, said Greek Prime Minister Kyriakos Mitsotakis at a news conference after the end of the EU Summit held in Brussels on Friday.

The Greek premier noted that “we requested that the European Commission evaluate the energy market the soonest possible, so as to suggest solutions against these sudden fluctuations in energy prices.”

Moreover, the Greek government has already proposed that natural gas storage be increased, and it has also put forth the idea for collective purchasing of natural gas, to increase the bargaining advantage against gas suppliers, he added.

Additionally, the Eastern Mediterranean basin may provide cheaper electricity in light of the recent electrical interconnection agreement between Greece and Egypt, Mitsotakis pointed out.

However, he said he did also point out to European partners that geopolitical developments also factor into price hikes, and that he stressed to all that the quickest renewable energy sources are practically strengthened into energy policies – the fastest energy security can be reached.

Regarding the migration crisis, Mitsotakis said he was satisfied of the fact that after Greece’s insistance, Turkey has received explicit insructions to keep up its 2016 agreement with the EU for the management of migration flows. He also mentioned that he called on the European Council and the European Commission to propose specific legal changes, measures and funding for a more efficient guarding of European borders.

Both Greece and Cyprus, he added, briefed the Council on the latest developments in the Eastern Mediterranean region.

“Turkey has to choose between two paths, one being of sincere collaboration and the other of provocation,” Mitsotakis underlined.