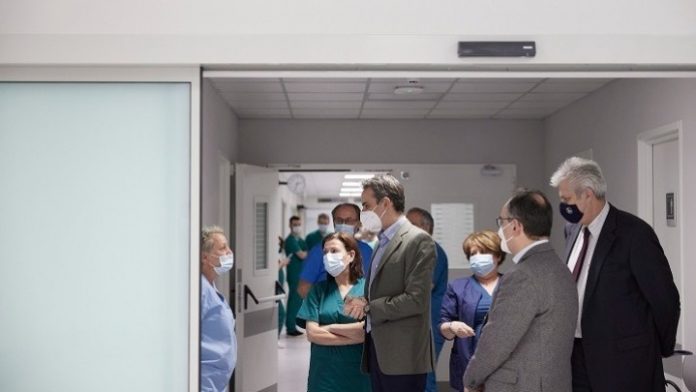 The premier visited the new intensive care ward that was launched in October 2020, where ICU Head Maria Daganou told him that some 220 patients have been treated there since October, noted Daganou.

He then said that larger numbers of Greek citizens are willing to be vaccinated, as the vaccines’ safety is gradually better understood and accepted, and the state is gaining the citizens’ trust.

If health authorities had not imposed an ongoing lockdown “the situation would be far worse”, he underlined, and he cautioned against becoming too relaxed about health measures before mass immunization has been achieved.