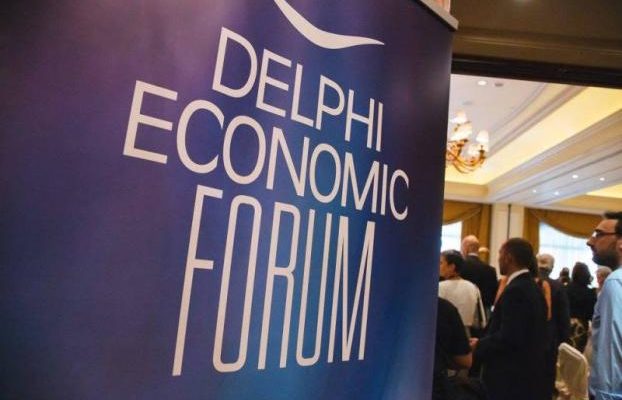 More than 800 highly distinguished guest speakers from 42 countries will participate in the 6th Delphi Economic Forum (DEF VI) held this year, which starts on Monday, May 10, and runs until Saturday, May 15, at the Zappeion Mansion. In a highly symbolic year for Greece, the DEF VI will commemorate the bicentennial of the Greek Revolution.

Afterwards, talks between Prime Minister Kyriakos Mitsotakis and Spain’s Prime Minister Pedro Sánchez will take place.
The first day also includes a segment on health issues, in which the European Commissioner for Health and Food Safety Stella Kyriakidou, Health Minister Vassilis Kikilias, the former European Commissioner for International Cooperation, Humanitarian Aid and Crisis Management, Christos Stylianidis and other important personalities in the field of health will participate. Another important topic during the first day of the Forum concerns Greek shipping.

Also to be discussed during the first day of the Forum, are all the important developments taking place in the USA under the Biden administration, its relations with Europe, and especially with Greece.

The first day will end with a discussion on the Recovery Fund with the European Commissioner for the Economy, Paolo Gentiloni.

The second day of the Forum, Tuesday, May 11, is dedicated to the Development of Infrastructure and the Connectivity of Greece with the wider region. Representatives of the World Bank, the Development Investment Bank will participate, among others.

On Wednesday, May 12, the Forum will focus on the role of banking institutions and the Greek banking system. Among others, the Chairman of the Supervisory Board of the European Central Bank Andrea Enria, the Governor of the Bank of Greece Yannis Stournaras will speak.

On Thursday, May 13, the main thematic pillar will be the debates on the future of Europe and European developments. Among the speakers will be Klaus Regling, Executive Director of the European Stability Mechanism, who will discuss ways to strengthen the euro’s international role.

On Friday, May 14, the focus will be on developments in the Western Balkans and the processes for their accession to the European Union. At the same time, in another stream on the same day, the discussions for the next day of tourism after the pandemic will take place, with the participation of Tourism Minister Haris Theoharis.

The last day of the Forum, Saturday, May 15, includes three major thematic discussions: the assessment of the 40th anniversary of Greece’s accession to the European Union, the development of the defence industry in Greece and how this can strengthen its defence and diplomacy through its modernisation, and finally the issue of Greek-Turkish relations, on which important representatives and analysts from Greece and Turkey will speak.