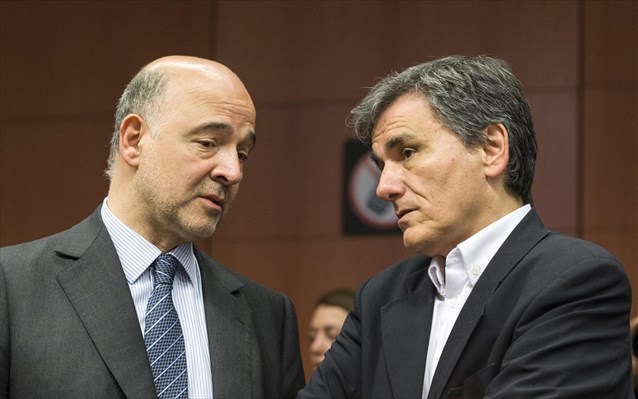 European Commissioner for Economic and Financial Affairs Pierre Moscovici on Wednesday said he was optimistic that an agreement for completing the second review of the Greek programme was possible, in statements after a meeting with Greek Prime Minister Alexis Tsipras in Athens.

“We are working with all Greece’s partners…trying to arrive at an agreement. These are always difficult discussions, of course, but I am confident that if efforts are made by all sides then, yes, we can make very good progress,” he said.

Moscovici noted that Greece’s economy had recovered more quickly than expected while the forecasts for its future course were good. Greece needed to push through reforms that inspire confidence and attract investment, he added, so it was important to continue the programme successfully and complete the second review.

The Commissioner also stressed that these were the “real figures, the real numbers” on the Greek economy and that
“we need to show the Greek people that there is light at the end of the tunnel of austerity.”

On the other hand, he added, there were still necessary reforms that must be made to make the economy more competitive and more attractive, and show everybody can be confident in the Greek economy.

“At the same time we must strike a balance between fiscal sustainability on the one hand and prosperity and the concerns of those who suffer from poverty and unemployment, on the other hand,” Moscovici commented.

The Commissioner said he understood the concerns of the prime minister and Finance Minister Euclid Tsakalotos for the Greek people, adding that the European Commission is “also concerned about the Greek people.”

“We want a strong Greece, a reformed Greece, in the heart of the Eurozone,” Moscovici said, and repeated that this was possible, urging all sides to in the few, key days remaining to “finish with the parameters that are on the table- everyone knows them – let us now try to take that step and have the capacity to move on, which is so important for Greece.”

“Our figures are on the table, our figures are confirmed by results and our forecasts are realistic. The IMF is a very important partner, we want the IMF to be on board, we need to have an agreement including the IMF; and it also guarantees the security for Greece, this needs to be understood.”

“We are going to discuss on and on until February 20, he added, so as to bring everybody on board and everyone feels comfortable with the parameters that will be agreed.”

Moscovici declined to comment on the possible trade offs the Greek government might expect in exchange for legislating measures for 2018, repeating the need to find a balance between fiscal necessity and a means to prosperity in the Greek programme.

“I think this balance means some measures on the one hand and some positive measures on the other hand. We need to find precisely where this equilibrium will be reached. We are closer to this than yesterday and will be closer tomorrow,” he said, while noting that it remained to be seen whether an agreement would be possible at the Eurogroup on Monday.

Noting that such discussions “are never easy,” Moscovici clarified that he was not in Athens to negotiate but to talk with the Greek government and act as a mediator, so that Eurogroup President Jeroen Dijsselbloem will be in a position on Monday to say that “he has all the parameters” of the agreement.