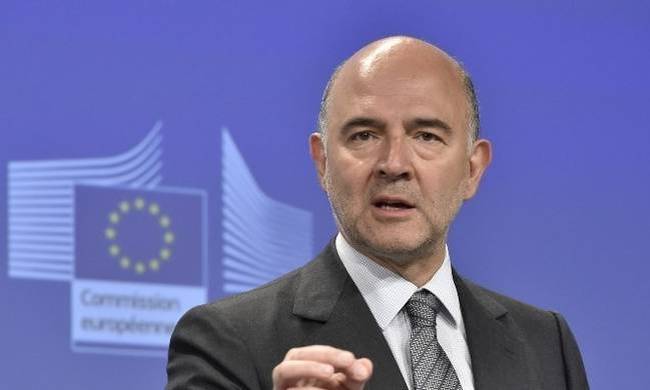 European Commissioner for Financial and Economic Affairs Pierre Moscovici expressed optimism on Wednesday that there will soon be an agreement on the conclusion of the second programme review.

In his recorded message at the Economist and German-German Chamber of Commerce and Industry Conference in Frankfurt on “Greece: A comeback to the financial markets”, he said that we have been close to an agreement for the conclusion of the second programme review over the last months.

“We will do our best to reach an agreement as soon as possible. To build on the significant progress that has been made. I will continue, on behalf of the Commission, to press all the involving parties to find a solution asking them to bear in mind the 11 million Greek citizens,” he said and added: “I am sure that Greece will succeed and we will open a new chapter in its long history.”

He also mentioned the big fiscal adjustment that has been achieved. “Greece has shown great responsibility by achieving an unprecedented fiscal adjustment estimated at over 16% of GDP in a period of deep recession. It’s in good position. It has a significant primary surplus of 4.2%, outperforming its targets in 2016. It is able to fulfill its budgetary targets for the coming years.”