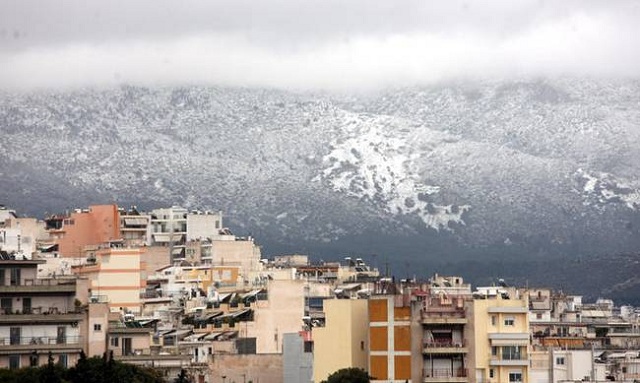 The first snowfall has covered many mountainous and semi-mountainous areas of northern, central and southern Greece on Tuesday, with temperatures expected to drop below zero in the next few days, the national weather service said.

Snow has been falling in Florina and Kozani in western Macedonia since this morning, as well as around Thessaloniki, without causing significant problems and even Parnitha Mountain, north of Athens, saw its first snow in the afternoon.

In Crete, several crops were damaged after intense hail storm that fell earlier in the day in Heraklion.