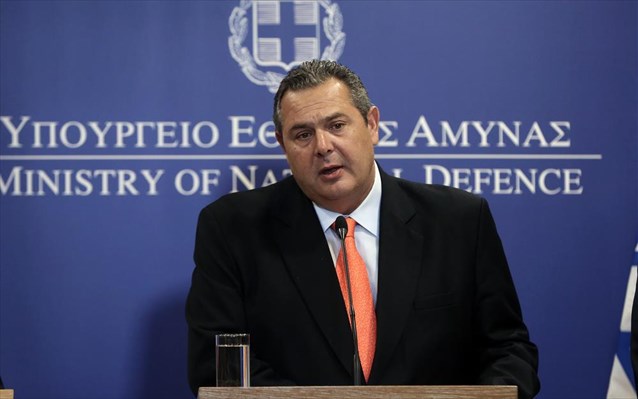 Defence Minister Panos Kammenos said on Monday that the detention of two Greek solders by Turkish authorities is in breach of international law.

Talking to journalists after addressing the parliament’s foreign affairs and national defence committee, Kammenos said that their detention had been preplanned by Turkey authorities. The minister also dismissed talk that Turkish president Recep Tayyip Erdogan had been promised by Prime Minister Alexis Tsipras the return of the eight Turkish servicemen that had escaped to Greece after the failed coup attempt in Turkey.