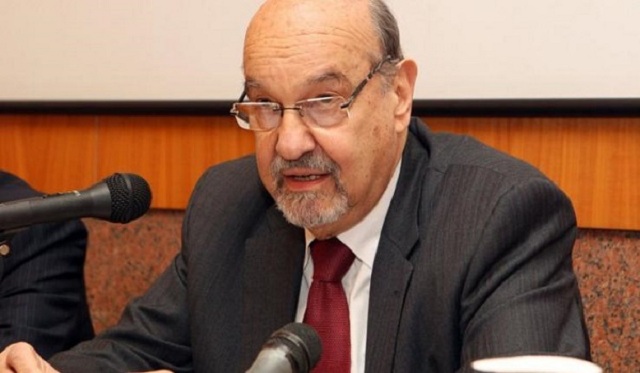 National Bank of Greece on Wednesday announced that a Board of Directors’ meeting has elected Panayotis Thomopoulos as chairman (non-executive member) of the board, by absolute majority.

In announcement, National Bank said its board convened and resolved by absolute majority upon its reconstitution into a body as follows:

It also appointed Panos Dasmanoglou, Assistant General Manager – Group Chief Compliance and Corporate Governance Officer as Secretary of the Board and its Committees.

It is noted that, in accordance with the provisions of the legal and regulatory framework, the election of credit institutions’ board members, is subject to approval and constant review by the Single Supervisory Mechanism (SSM) of the European Central Bank.

Following his election as chairman of the bank’s board of directors, Thomopoulos addressed the board members and noted that he will make every effort, in the context of his responsibilities, for “further enhancement and development of the National Bank and for development of its human resources for the economy and society.”

Thomopoulos noted that this will be done in full cooperation with the Chief Executive Officer, but also with the Bank’s main shareholder, the Hellenic Financial Stability Fund”.

The bank’s Chief Executive Officer Leonidas Fragiadakis stated that “the National Bank will dynamically continue implementing its strategy with a view to achieving targets and actions of the restructuring plan. In this context, the bank will continue operating with dedication to corporate governance rules and with respect to the supervisory authorities, its shareholders and its customers. Additionally, Fragkiadakis stated that the National Bank, acknowledging the significant role of the Hellenic Financial Stability Fund as main shareholder, “will contribute with all its powers to further enhancement of cooperation with the HFSF, in the context of the principles deriving from the legal and regulatory framework”.