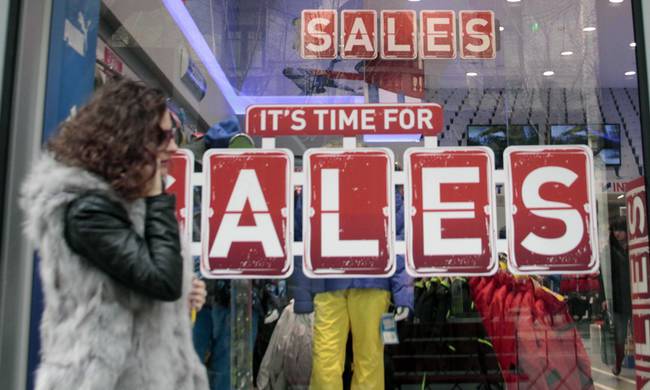 The turnover during Greece’s winter sales season ending on Tuesday declined by 20.2 percent compared with the previous season, according to a National Confederation of Hellenic Commerce (ESEE) survey.

Sales went down from the beginning of the sales period on Jan. 9 to Feb.28, although one in two businesses offered discounts up to 40 percent, according to the ESEE’s survey conducted through email.

Small-sized businesses seemed to have been suffering the most. The 35 percent of the traders surveyed with an annual turnover of less than 30,000 euros ( 31,757 U.S. dollars) reported losses above 40 percent compared with their previous winter sales turnover.

The ESEE mainly attributed the drop in retail sales to the continuous shrinking of consumers’ disposable income after seven years of austerity measures.