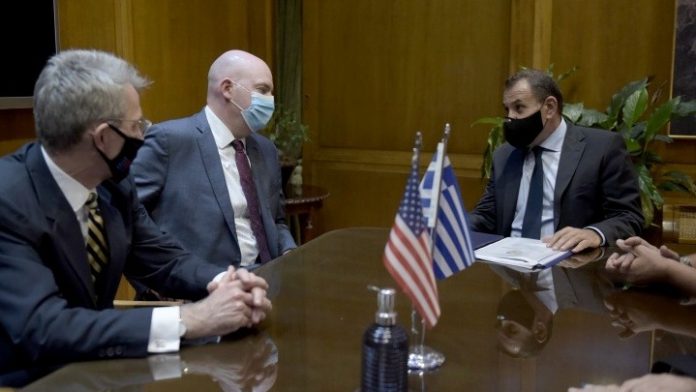 Cooper will also be visiting Bulgaria, Cyprus, and Poland “to meet with US allies and partners on expanding security cooperation and defense trade,” the US State Department announced earlier.

In Greece, Cooper will hold consultations with senior civilian and military officials in Athens on efforts to promote peace and stability, from the Eastern Mediterranean to the Balkans. He will then visit Naval Support Activity Souda Bay.

US Ambassador Geoffrey Pyatt welcomed him to Athens in a message on Twitter: “Welcome to Greece Assistant Secretary Cooper! We look forward to working with you to build on the tremendous progress from US State Department Secretary Pompeo’s historic visit to Greece to advance a military relationship that is among the strongest in Europe.”