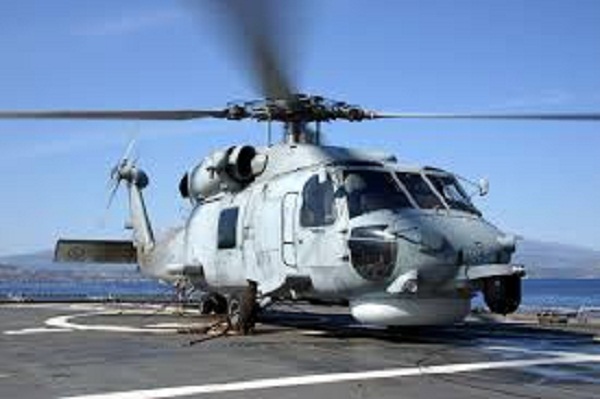 An S-70B Aegean Hawk naval helicopter with a rescuer of the Underwater Demolition Command (DYK) unit managed to extricate a Polish climber and a Greek firefighter trapped in a gorge near the village of Assos, on the Ionian island of Cephalonia, on Wednesday.

The firefighter became trapped as he tried to rescue the tourist. Both were transferred to the island’s airport where they were picked up by an ambulance.

As it became known earlier, the climber called his family on his mobile phone who immediately alerted the authorities. A fire brigade team and volunteers rushed to the scene but were unable to reach him, due to the difficult terrain, so the helicopter was called to assist in the rescue.