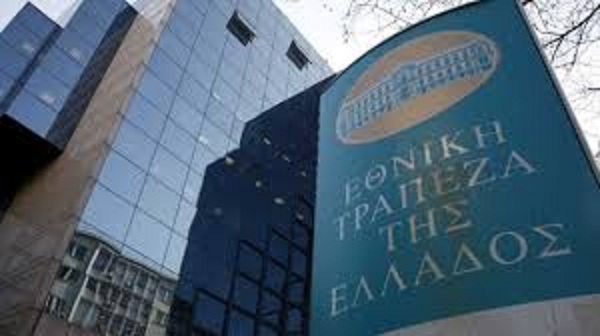 The funding agreement is based on the securitization of business liabilities -a move made by National Bank two months ago, safeguarding a significantly lower capital cost for funding of small- and medium-sized enterprises.
Jonathan Taylor, vice-president of European Investment Bank, said -during the signing ceremony of the agreement- that EIB was strongly interested in SMEs -the back bone of Greek economy and the core of EIB’s efforts in Greece. The transaction, he said, was the first step to support a big bank in its return to the markets.

Alessandro Tapi, a representative of European Investment Fund, which participated in National Bank’s securitization issue, said the agreement will significantly help National Bank to raise its loans to Greek SMEs and to medium-sized enterprises, the back bone of the Greek economy.

Leonidas Fragiadakis, chief executive of National Bank, underlined that at this critical moment for the economy, at the turning point between recession and recovery, “it is our duty to do whatever we can to move towards growth. In essense, a rallying of forces is needed by all those willing to see our economy growing afresh based on solid foundations, correcting past mistakes and exploiting its strong points. The challenge is to reverse a vicious cycle of recession and unemployment and with investments and strengthening of enterprises as weapons to boost economic activity and employment”.

“Our strategy on business loans -covering all sizes of enterprises- is based on:

-partnership with supranational organizations to raise the size and possibilities of funding beyond the domestic market,

-supporting new markets and products offering access to Greek enterprises in capital markets,” Fragiadakis said.
He noted that with the agreement signed on Monday, National Bank will offer new funding products to support access of SMEs and Medium Capitalization Enterprises to bank loans, with favorable terms, actively contributing in the reduction of increased financial costs facing Greek enterprises and to strengthen their competitiveness. These funds will be offered to cover moving capital and investment needs. Fragiadakis said that around 300 enterprises were expected to benefit from the program, with more than 200 job positions for young people aged below 25 years to be created. “Supporting employment for young people in a period when youth unemployment has surpassed 50 pct, will be part of the strategy for the development of the country, if we want a new economic model to be sustainable,” Fragiadakis said.