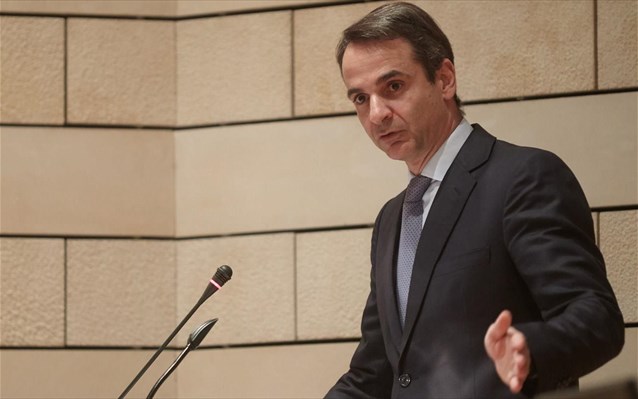 Two days ago the fourth memorandum was voted by SYRIZA and Independent Greeks’ deputies. A fourth memorandum which, unfortunately, brings very heavy burdens to the all the Greeks, mostly to the weaker, the pensioners and to the low incomes. For those that SYRIZA was, allegedly, giving a huge struggle, said New Democracy (ND) leader Kyriakos Mitsotakis who is visiting the island of Aegina on Saturday.
The worst of all is that the fourth memorandum engages the country into a continuous austerity which will exceed the period after the end of the third memorandum, he added.

The main opposition leader said that his party can lead the country out of the crisis and underlined that the society must not get trapped into a new circle of introversion, division, misery and defeatism.

Mitsotakis said that New Democracy will work harder to present to all Greece its programme which is in parallel a realistic exit map from the crisis.