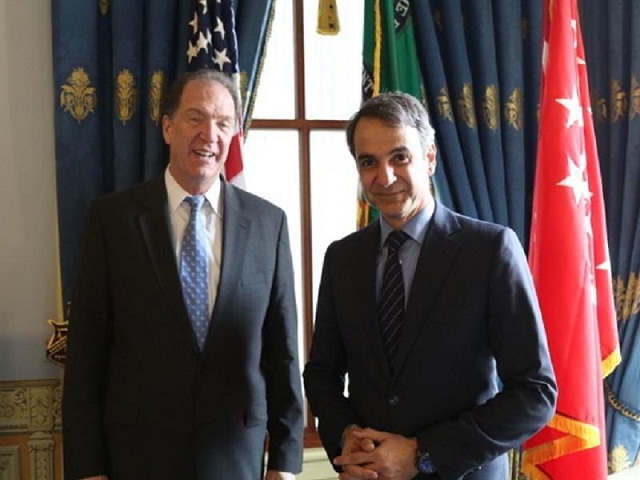 Main opposition New Democracy (ND) leader Kyriakos Mitsotakis on Wednesday sent a message to the US that Greece will be the “growth surprise of Europe.”

During the second day of his visit to the US, Mitsotakis presented the plan for attracting foreign investments and stressed that Greece’s comparative advantages are unique, just like its human potential.”

“The only thing needed is a new government that will guarantee legal certainty and establish an attractive and, more importantly, a stable tax system,” he stated.

U.S. Treasury Under Secretary David Malpass showed particular interest in the strategic plan for the development of the economy presented by Mitsotakis, a road map for the day after the end of the programme. The debate focused on realistic reforms that could take advantage of the comparative advantages of the Greek economy and thus pave the way for attracting the foreign investment considered necessary for economic recovery.

Malpass explained that the US is seeking economic cooperation with countries that have free markets and an open economic policy. In this context, concrete reforms, such as the reduction of bureaucracy and a stable tax system, could enhance Greece’s investment image and make it a safe business destination for foreign investors.