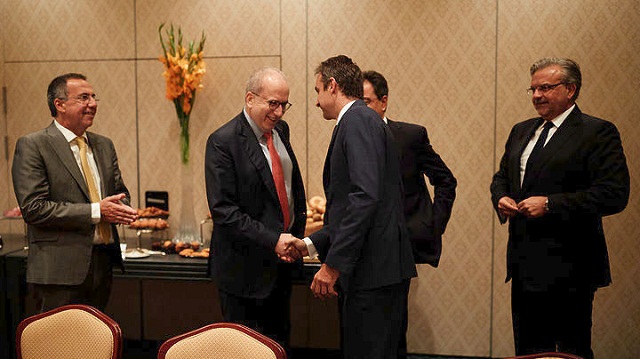 Main opposition New Democracy leader Kyriakos Mitsotakis on Wednesday had a meeting with the board presidents and CEO’s of Greek banks in the Hellenic Bank Association (HBA) for talks focusing on the progress of Greece’s economy over the coming years.

An announcement later issued by the party said that special emphasis was given to the return of deposits to the Greek banking system, progress in the banks’ restructuring plans and the reduction of non-performing loans.

Mitsotakis raised the issue of boosting market liquidity through new loans to businesses and underscored the need to make Greece’s economy more competitive by exploiting the country’s comparative advantages.

He also spoke of an urgent need to change fiscal policy in the direction of lowering tax rates.