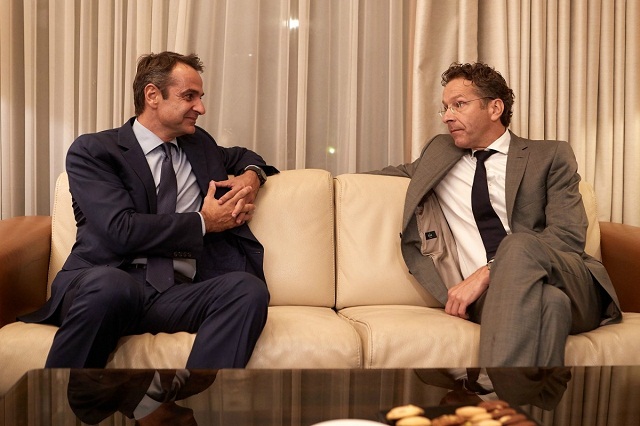 The current economic developments in Greece and the Eurozone and the necessary reforms that are needed in the justice and educational systems in the country were discussed in a meeting between New Democracy (ND) leader Kyriakos Mitsotakis sand Eurogroup President Jeroen Dijsselbloem in Athens on Monday.

According to ND sources, Mitsotakis presented his vision for Greece and Greeks after the completion of the bailout program and discussed the party’s plan for the country’s exit from the economic crisis as presented at the 82nd Thessaloniki International Fair.

He said his plan is based on a “growth and reforms clause” so that, as reforms proceed, the primary surplus targets will be lowered to the more realistic levels of 2 percent of GDP in the medium-term.