Main opposition New Democracy (ND) spokesman Vassilis Kikilias lashed out against the government on Tuesday, accusing Prime Minister Alexis Tsipras of leaving thousands of workers at the Skouries mine in Chalkidiki out of work. 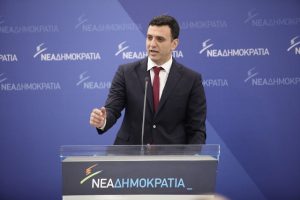 In his statement, Kikilias said that the prime minister talked about attracting investments when, in fact, he was hindering driving them away and cited the case of the former airport at Hellinikon, Corfu and Chalkidiki.

“The only thing he cares about is to remain prime minister a few months longer, at the expense of the citizens. Rusty minds that mortgage the present and the future of the country. They have to change their attitude, even at the last minute,” said Kikilias.