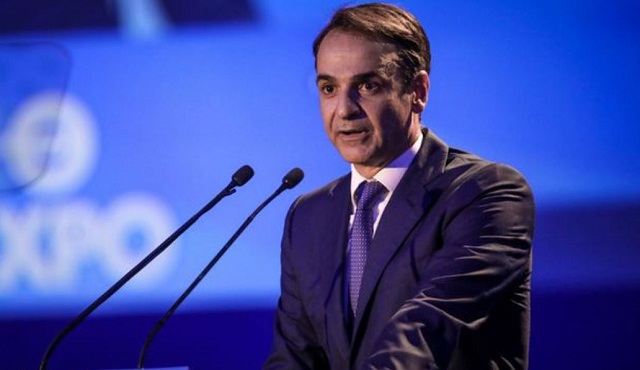 Main opposition New Democracy President Kyriakos Mitsotakis on Saturday presented his party’s plan for healthcare, saying that this will be based on prevention, treatment with dignity and care for the vulnerable. Speaking at an ND event, he emphasised the need for public-private sector cooperation to “build a modern National Health System.”

Mitsotakis said that he had spent hours talking to doctors and nurses, in both the state healthcare system and private sector, listening to the problems and hearing their proposals. He offered assurances that ND’s health programme will deliver “better public health for all Greeks” and that it was costed and documented.

ND’s leader highlighted the system’s emphasis on prevention, noting that protection of health did not mean treatment in hospital but must be combined with prevention and access to information.

“When the need for treatment does arise, this should not mean hardship and expense,” he added, while noting that public interest and public policy was not necessarily tantamount to the interests of the state and state policy.

He pointed out that prevention now only accounts for 1.3 pct of spending on healthcare, with Greece ranking high in both smoking rates and child obesity. “We want to reduce smokers and obese children by 30 pct in a decade,” he noted, as well as outlining plans to cut smoking- and food-related cancers by one quarter and calling for strict implementation of anti-smoking laws.

With regard to treatment, Mitsotakis pledged to spend 100 million euros on modernising healthcare facilities, in collaboration with the private sector and major charitable foundations, as well as promising to hire 2000 additional nursing staff and doctors in even the remotest areas.

He also stressed the need to focus on better results and providing quality services, noting that Greece’s public health system was only nominally public, since 34 pct of total spending came from people’s own pockets and Greeks spent 8 pct of their income on healthcare, four times the European average.

Mitsotakis ended by congratulating the shadow health minister Vassilis Economou and all those involved in the presentation of ND’s policy on healthcare, which was unveiled on Saturday.