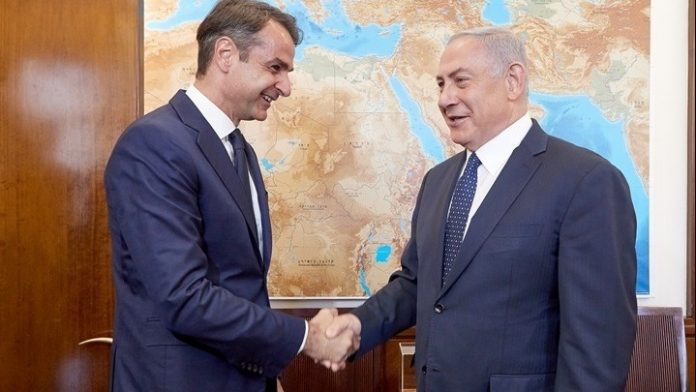 The Prime Minister of the State of Israel, Benjamin Netanyahu, will carry out an official visit to Athens on January 2-4, 2020.

During his stay, the Israeli prime minister will hold bilateral meetings with Greek Prime Minister Kyriakos Mitsotakis, the President of the Hellenic Republic Prokopios Pavlopoulos, Foreign Minister Nikos Dendias, and the President of the Republic of Cyprus Nicos Anastasiades, with whom he will discuss matters of common interest.

Netanyahu will also participate in a trilateral summit with Mitsotakis and Anastasiades, which will be followed by the signing of the Intergovernmental Agreement between Israel-Greece-Cyprus on the East Med Gas Pipeline and joint statements.