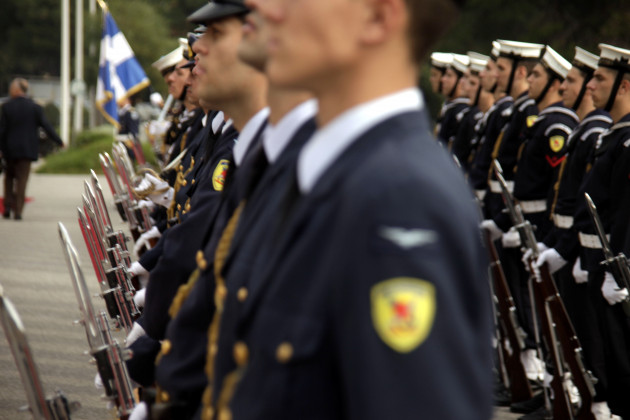 Air Marshal Christos Christodoulou was sworn is as chief of the Hellenic National Defence General Staff on Monday in Piraeus, at the Hellenic Naval Academy.

The Air Force official is taking over from Admiral (Ret.) Vangelis Apostolakis, who is National Defence Minister and who attended the ceremony.

The swearing-in ceremony was officiated by Piraeus Metropolitan Seraphim and attended by officials of the ministry, cabinet members, MPs and ambassadors, among others.