A new fund for young people entering the labor market as of January 1, 2022 and are obliged to pay into supplementary pension was activated on New Year’s Day, as announced in 2021.

The new Supplementary Capitalization Insurance Fund (TEKA) for the supplementary pension (epikouriki syntaxi), also promoted as an ‘individual piggybank’ system when it was voted in September 2021, gives employees a choice of three investment plans with contributions tied to them personally instead of going to a general fund.
Employees under 35 years of age will be able to sign up for the same fund as of January 1, 2023.

The Labor Ministry said that this system has been used in other European countries for years, and its purpose is to reduce the danger posed to social insurance by demographic issues (fewer workers/more pensioners). The system promotes a culture of deposits and allows the capital to be used in the Greek economy to support development and jobs, it noted.

Labor & Social Affairs Minister Costis Hatzidakis said the system was one of the government’s basic campaign commitments, and will restore young people’s faith in the insurance system as they will gain control of their own pensions. “The European experience that we are following shows that the new model will end up leading to higher supplementary pensions, by 43% to 68%, for newly insured people,” he said.

According to a ministry memo, the contributions by young workers remain the same as in the rest of the system, or 3.25% of contributions come from the employer and 3.25% from the employee until May 2022. After that, the contributed amount drops to 3% for each side. In order to claim supplementary pension in the future, an employee must be issued a regular pension and have completed 15 years of contributing to the supplementary fund. If the worker does not complete the requirements for a monthly supplement, the amounts contributed return in real value when that person gains a right to a pension.

The government guarantees that the future pensioners will not get negative returns, but will calculate a monthly supplement to pensions based on the total of contributions in real value. 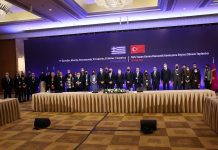 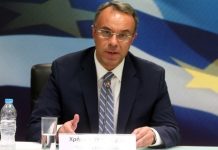 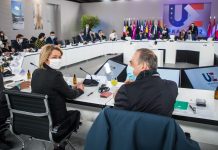