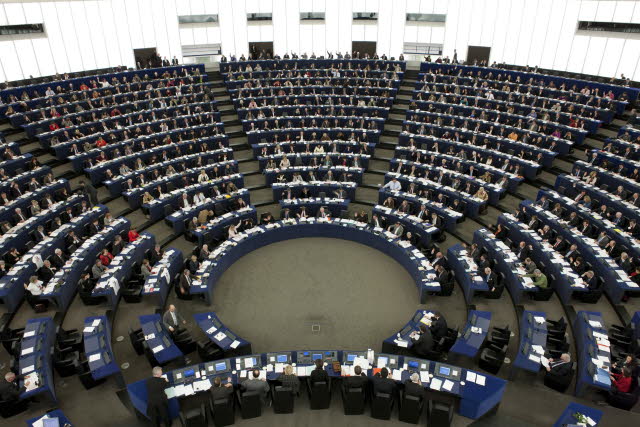 A spectre is haunting Europe. It is Europe itself, led by interests of the financial neoliberal élite. Sixty years after the Treaty of Rome the dream of the Union that dared to awaken for the first time in the fascist jails has been betrayed. Europe remains a wealthy continent yet inhabited by an increasingly poor population. The austerity that has become the dogma of the Union from the 2007 crisis until today has failed across the board and has resulted into growing inequalities. The poor have become progressively poorer, the few rich have become richer, the sovereign debts haven’t been regulated, and the disaffection of the citizens for the European Union has increased.

Vote after vote, either for a referendum or for a national election, the progressive and conservative palaces, which had secured more than half a century of democratic development, have collapsed. Among the rubble arises an unscrupulous populism that does not offer a genuine alternative, but merely an immediate vent to the justified rage of the forgotten and the defeated.

The White Paper that the Juncker Commission has prepared is yet another searing disappointment. It summons the vision of the Ventotene Manifesto by Altiero Spinelli and Ernesto Rossi on the creation of the Union however failing to deliver diagnosis and substance, merely describing an empty future. The five technical possible scenarios for the evolution of Europe are once again trapping us in a paradigm of more Europe or less Europe, confirming that the role of the Commission is downgraded to humble secretariat of the Council and the Member States.

As Member of the Progressive Caucus we advocate for the missing and only possible scenario. The European Union cannot realize itself on the arid terrain of economic parameters, or on that of the single currency, but through a New Deal amongst the people based on its founding values: social justice, freedom of people and solidarity. This is the sine qua non condition to guarantee a future for the European Union.

It might seem a utopia to forward today this idea of Europe of the people, but it is the only realistic perspective amid two suicidal choices. On one hand the proposal of the European Commission, the preservation of the status quo with few technical adjustments, will end up in accelerating the dissolution process began with the Brexit. On the other hand the nostalgic, dangerous and definitely impossible return to the twentieth-century nationalisms, ridden by populisms.

So to revive the European project the progressive forces must have an ambitious vision that goes beyond an intergovernmental system and implements a genuine Community method.

This translates into a series of practical proposals that cover all the falling points of the idea of Europe as designed in these decades of cultural dominion of the liberal programme: investments centred on creating jobs; democratization of the European institutions by reviewing the treaties; policies of reception of refugees; a common European framework for fighting tax evasion and money laundering; a shift from austerity policies to a green transition and a new grand pact amongst the people which sanctions based on the predominance of social rights, education, common goods and a shared vision of sustainable development.

Against the alternative between the status quo and nationalism it is our aim, regardless of distinctions amongst groups, ecological, radical and socialists, to put in place a new project for Europe. In the secular history of the European Left several proposals were conceived as utopias and were instead realized. It happened when the progressive forces were able to place at the core of its vision the real needs of the people. Today Europeans don’t need walls or bureaucratic fences placed to the protection of the establishment, but a network of values at the service of the collective interest. Without this, Europe risks disintegrating at the next inevitable crisis.”