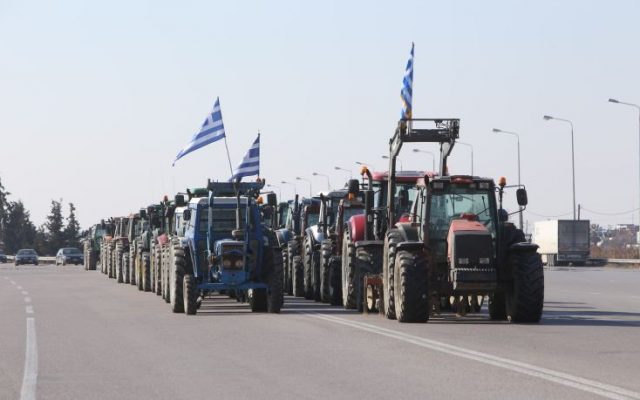 Protesting farmers and government ministers failed to reach agreement during their meeting on Friday, with farmer representatives saying that the meeting had not “led to any positive results”. They urged farmers to continue the roadblocks and said they would escalate their action, while calling on their fellow farmers to take part in a protest rally in Athens next Tuesday.

The government ministers were more positive about the results of the meeting, with Rural Development Minister Vangelis Apostolou saying there had been a “fertile discussion” on issues that had no fiscal impact. He announced that the government would battle to establish a ‘unseizable’ minimum in farmers’ bank accounts and said that the farmers had been presented with a 10-point plan for legal interventions designed to reduce production costs.

Papanatsiou clarified that social insurance and tax legislation will not change, adding that the tax-free allowance for farmers will remain the same in 2017. She said that the government was reviewing the special tax on wine and the ‘labour stamp’ in family businesses.

Meanwhile, protesting farmers resumed their blockade of the Larisa-Kozani national highway at Melouna on Friday evening, acting on calls to escalate action made by their representatives after a meeting with government ministers. Farmers are continuing indefinite road blocks on the Athens-Thessaloniki national highway in both directions, one at the Nikea junction and the other at Platykambos.