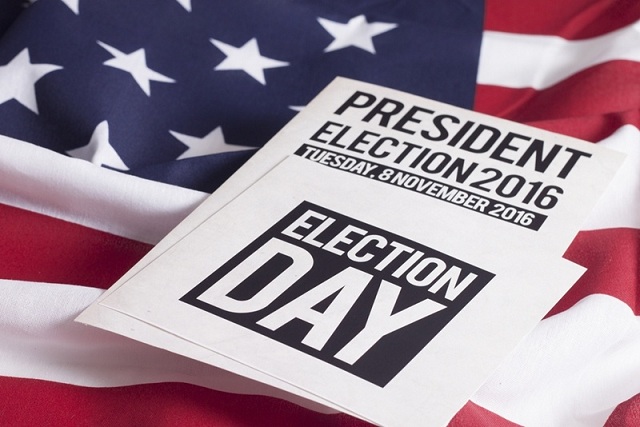 Donald J. Trump, who ran an improbable and often ugly campaign against the establishment, was holding on to small but significant leads in a series of key battleground states on Tuesday night, upending months of polling that had given the advantage to Hillary Clinton and raising Republican hopes of seizing back the White House.

Just after 11:30 p.m, Mr. Trump was declared the victor in Florida, earning him the state’s 29 electoral votes and giving him a more certain grip on the presidential contest with Mrs. Clinton.

Reaction to the prospect of a Trump presidency rippled across the globe, with financial markets abroad falling as American television networks raised the prospect that Mrs. Clinton might lose. Asian markets were trading sharply lower, down around two percentage points, and in the United States, Dow Jones futures were down as much as 800 points in after-hours trading.

Several hours after polls closed, the vote margins separating Mr. Trump and Mrs. Clinton remained razor thin in states that will determine the outcome of the presidential contest, with voters clearly demonstrating the polarized nature of the American electorate.

But Democratic hopes that Mrs. Clinton would easily defeat Mr. Trump appeared to be crumbling as the Republican candidate’s bombastic style seemed to be winning support among white, working-class and rural voters across the country.

Campaign advisers to Mrs. Clinton watched with increasing alarm on Tuesday night as healthy leads that had been predicted in polling for much of the past several months appeared to evaporate as votes were tallied. Mr. Trump also won North Carolina and Ohio, and he was clinging to small leads in Michigan and Wisconsin.

Mrs. Clinton’s inability to secure an early knockout blow in the Southeast means the contest will turn to the North. The vote count will proceed much more slowly in states like Michigan and Wisconsin than it has in Florida or North Carolina, so there is unlikely to be a quick decision in either state.

After Mr. Trump’s victories in North Carolina and Florida, he will have to win one of three battleground states — Michigan, Wisconsin or Pennsylvania — to win the election. His strength among white working-class voters makes that a real possibility. Even if he falls short, it will take a while to reach a decision.

In another boost for Republicans in Florida, Senator Marco Rubio, a onetime presidential hopeful, won re-election in a hard-fought contest that could help thwart Democratic hopes to take over the Senate.

In Georgia, a Southern state where Democrats had expressed hope for a surprise victory for Mrs. Clinton, the race appeared too close to call shortly after balloting ended.

A race that was dominated by ugly, personal attacks appeared to have taken a toll on voters, and the country’s mood appeared darker and more pessimistic than it was four years ago, with about 60 percent of voters saying the country was seriously on the wrong track. Voters said they were eager for change in Washington, though they expressed dismay that issues had been overlooked in the brutal, long and nasty campaign.