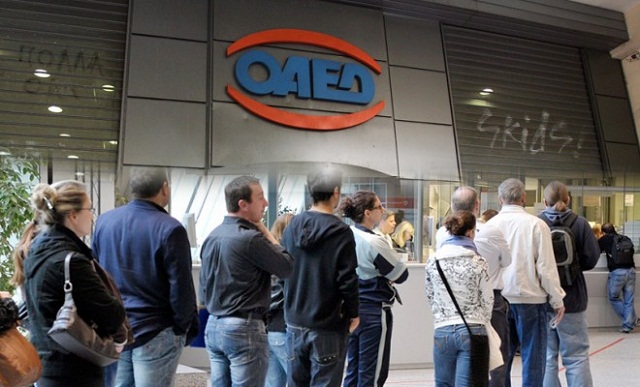 There was a 2.66 pct rise in the number of registered unemployed in January compared to December 2017, according to figures given by the Manpower Employment Organisation OAED on Tuesday.

The number registered as unemployed but not actively seeking work dropped by 0.92 pct in January compared with the previous month.

The number of jobless receiving unemployment benefit fell by 12.11 pct – or 171,131 individuals – in January compared with the previous month.