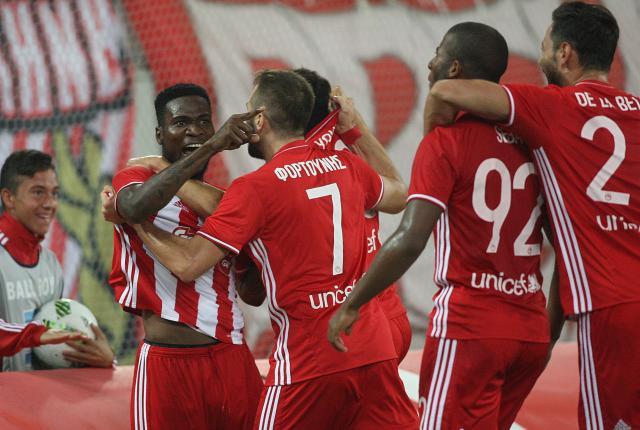 The Reds performed to their real ability probably for the first time this season, and outplayed AEK almost throughout the match at the Georgios Karaiskakis Stadium in Piraeus.

The hosts stormed into the game with a goal by Brown Ideye just six minutes from the start, and hit the crossbar with Seba three minutes later.

AEK tried to balance the game but in the second half Olympiakos was even more dominant and scored via Andre Martins and Costas Fortounis to take the game beyond its visitor and restore peace within the Reds’ camp, after questions had been raised due to the defeats by Larissa and APOEL.

Panathinaikos is now alone on top as it downed bottom club Asteras Tripolis 3-1 at home, its goals coming from Marcus Berg 25 seconds into the match and then through two penalty kicks by Cristian Ledesma. Asteras scored the first goal Panathinaikos has conceded in the league this season, through Nikos Ioannidis from the penalty spot.

The Tripoli team, that had new coach Dimitris Eleftheropoulos on its bench, finished the game with 10 men.

Panionios is joint second with Olympiakos thanks to its 2-1 win at Iraklis on Saturday, while PAOK dropped two more points as it recorded its second consecutive goalless draw, this time at Veria on Sunday.

In other games PAS Giannina beat host Kerkyra 1-0, Levadiakos drew 1-1 with Larissa and Platanias shared a goalless draw with Panetolikos in Hania.

Panathinaikos tops the standings with 10 points from four games, Olympiakos and Panionios are on nine, Platanias has eight, and AEK with PAS Giannina have seven. 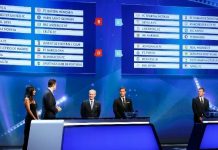