After eight matches, Olympiakos extended its lead over Panathinaikos to seven points and already looks the clear favorite for a 19th league title in 21 seasons.

Botia opened the scoring with a header off Costas Fortounis’ corner in the 21st, five minutes before Elyounoussi made it 2-0 with a close strike. Fortounis’ free kick fed Ideye for a header to complete victory in the 44th.

In the 60th, Panathinaikos wasted a chance when Cristian Ledesma sent a penalty kick wide.

Panionios climbed to joint third at the table, alongside PAS Giannina, downing visitor PAOK 1-0 through a Karim Ansarifard goal, while PAS – that has a game in hand – lost 2-1 at home to Asteras Tripolis.

AEK slipped to fifth after dropping two more points at home. On Saturday it led Atromitos 2-0, goals coming from Petros Mantalos and Patito Rodriguez, but Atromitos managed to draw 2-2 in the end thanks to former Liverpool and Sunderland striker Anthony Le Tallec, and Javier Umbides.

In other weekend games it was Levadiakos 1 Xanthi 1, Kerkyra 2 Veria 0 and Panetolikos 2 Larissa 1. 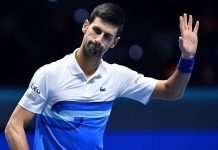 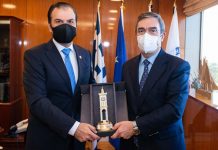 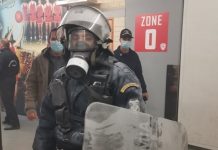