Could a revival of the historical building that once housed Neon, one of the Greek capital’s most resilient cafe-bistros, herald a period of rebirth for bedraggled Omonia Square? No one can say with any certainty, but there has been a flurry of signs in recent months indicating that, perhaps, the area is poised for a dynamic comeback.

Two of the most compelling indications of better days to come are the marked results in the fight against crime in the area that began with a police crackdown in August 2012, and the possibility of a complete revamp of the square itself as part of concrete plans to pedestrianize and beautify Panepistimiou Street, one of the main thoroughfares that lead off from Omonia.

In this respect, a recent decision by the Venetis chain of bakery stores to relocate its flagship shop to the emblematic building on the corner of Omonia Square and Athinas Street which was once home to Neon represents a vote of confidence from the capital’s business community.

“The choice of Omonia was purely a strategic decision on the part of the company,” Venetis CEO Panagiotis Monemvasiotis said.

“Over the past few years the company has experienced dynamic growth and has adopted an export-oriented approach that has compelled it to seek a strategic location in the city center. The specifications of the building itself determined our final decision.”

The remodeling of the interior, Monemvasiotis assures, has been carried out with complete respect for the building’s architecture and history.

“No changes have been made to the facade and exterior characteristics,” he said. “Our priority was to showcase the building’s history without compromising its commercial usage.”

There is also a hum of activity surrounding the two other emblematic buildings from the pre-World War I era that stand on the square, as well as one from the post-World War II period. All three were the property of the Bageios Foundation, which donated them to the City of Athens. The idea is for the municipality, in cooperation with the Alexander S. Onassis Public Benefit Foundation, to transform the two buildings facing each other at the start of Athinas Street – known as the Bageios and Alexander the Great mansions – into a place to help foster young entrepreneurs. The City will offer low-cost leases and technical support to the tenants of its office and studio spaces, while the architectural design by Studio 75 has been funded by the Onassis Foundation.

As Omonia starts on the long road to recovery after more than a decade of degradation, it is becoming increasingly attractive to new businesses looking for central locations and low rents – one of the few upshots of the dangers that Omonia once posed.

A few months ago, Yiannis Zaras and Nikos Nikolaidis launched Big Olive, a company which plans and conducts alternative guided tours and lectures around public spaces in Athens for Greeks and foreigners. They chose Omonia for the headquarters of their new business, locating it near City Hall.

So far, the Omonia experience has been a positive one.

“Until recently, the area had a fringe and abandoned air, especially in the late afternoon and at night,” said Zaras.

“But the renewed interest of active groups has put the area back on the map as a hub of creativity. The area is also obviously great for finding cheap spaces to rent. We don’t pay more than 100 euros a month, and that includes the building charges.” 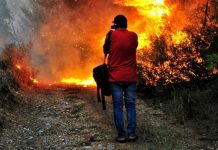 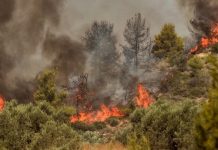 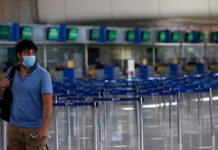